“Honoured to attend a special event hosted by Gulan for Father Nageeb who protected and preserved the ancient manuscripts and archives of the Dominican monastery in Mosul from ISIS destruction. Thanks to Richard Wilding for the exhibition and Sarah Panizzo for the excellent introduction” 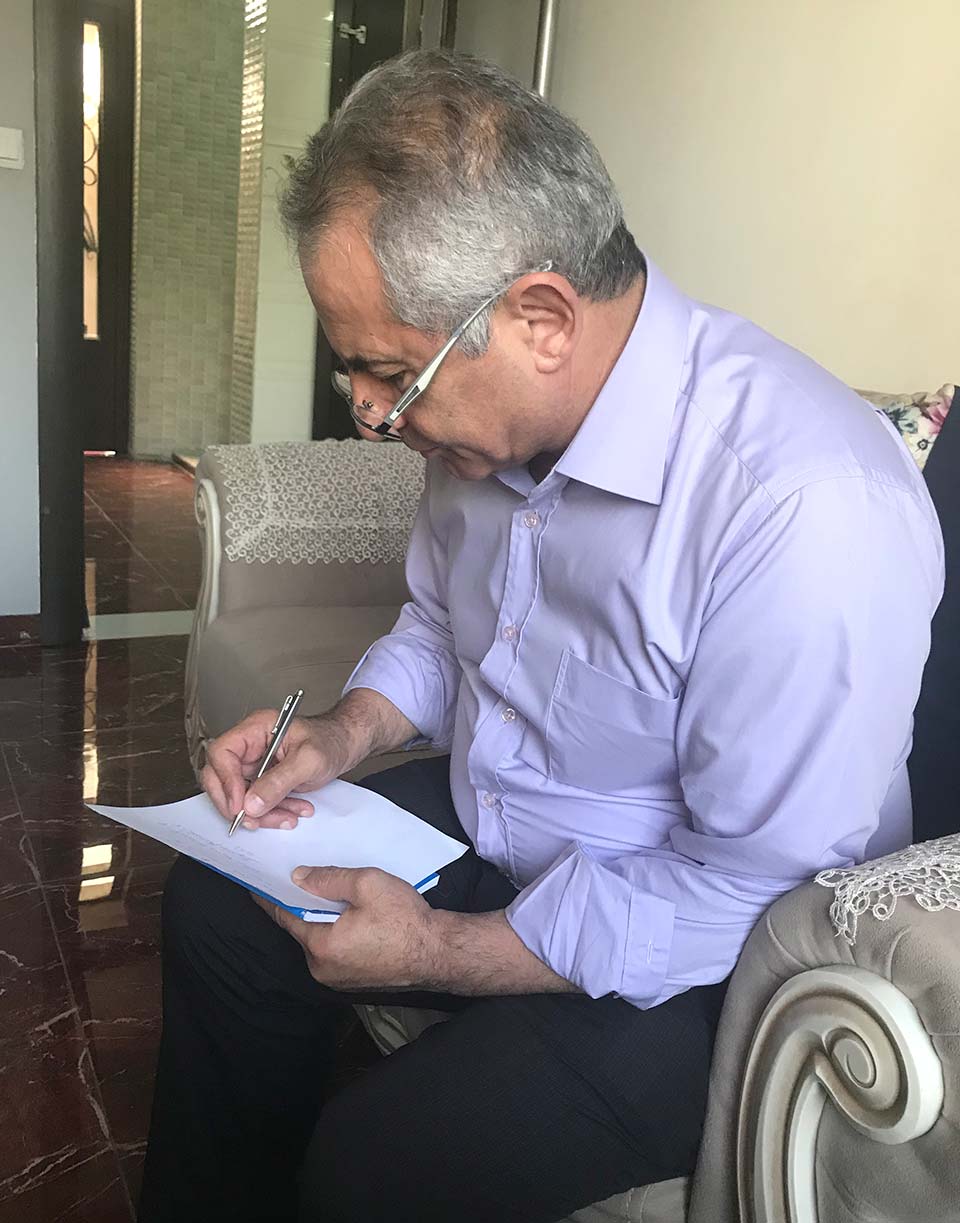 As a result of donations to Fr Nageeb’s work arising from the talk 3rd February, Della Murad was able to deliver $1100 to Fr Nageeb when she met him in Erbil on 13 June 2018.

Saved from the ISIS bonfire

Gulan was pleased to host a celebration of the unique manuscripts and archives of the Dominican monastery in Mosul, courageously saved from imminent destruction by Father Nageeb.

Father Nageeb Michaeel talked about his work protecting and preserving the ancient texts he rescued from the advance of ISIS. An exhibition of photographs by Gulan’s Creative Director Richard Wilding showed Father Nageeb and the rescued library.

The Dominican library in Mosul housed a unique collection of ancient manuscripts dating back to the 9th century and printed books from 1515. In addition to Christian texts, there were works on geography, history and mathematics, as well as Muslim, Yezidi and Jewish literature.

After 2003, the Dominican monastery had started to receive threats from extremist groups in Mosul, including letters containing bullets and a broken cross. Starting in 2007, Nageeb moved the Dominican library in its entirety by truck to the nearby Christian town of Qaraqosh for safety.

In 2014, after taking control of Mosul, ISIS were advancing on Qaraqosh. Nageeb had to move the library contents again, this time taking them to a secret location in Iraqi Kurdistan.

Nageeb made four return trips, loading the most important books and manuscripts in the boot of his car. His final trip left Quraqosh in two cars at 12.15am, with ISIS arriving at 3am. The monastery in Qaraqosh was destroyed and the books left behind by Nageeb were burned in a bonfire.

The rescued books and manuscripts are now being restored and catalogued by Nageebs Digital Center for Eastern Manuscripts in a safe location in Iraqi Kurdistan.

More than 8,000 manuscripts from 105 different collections from Iraq, Turkey and Iran have been digitised. Father Nageeb estimates that there are another 10,000 manuscripts still to be digitised as well as thousands of printed books.

The funds raised from this event will help Father Nageeb to digitise more of this unique collection to safeguard it for future generations.

“We want people to know about this treasure we have here in Iraq, because these manuscripts are not just for us. We want to share these books with everyone, for people to know about our heritage, our history and for them to know that Christianity is suffering in the Middle East”

The Story of Sand has a new home