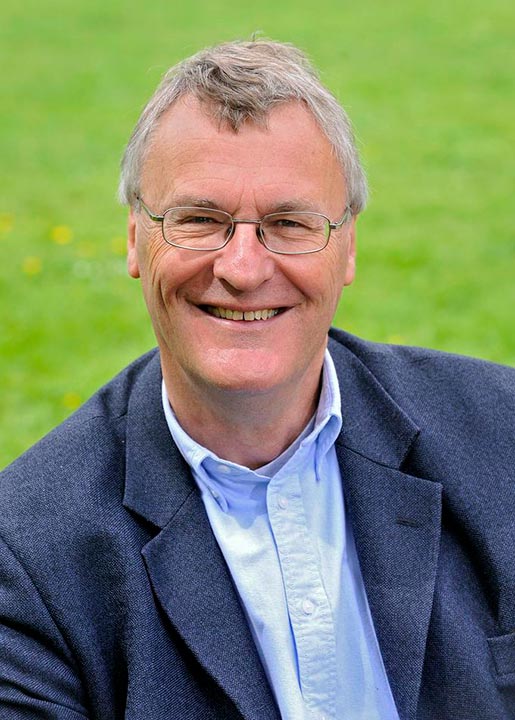 David is a UK based independent consultant working on the funding and governance of charities and social enterprises, on the promotion of personal philanthropy and on the development of social impact investing. In addition to being a trustee of Gulan, David is also a non-executive director of the Impact Investing Institute, a trustee of the Finance Innovation Lab and company secretary of The SOFII Foundation. His previous board experience includes having been a member of the Supervisory Board of Triodos Bank in The Netherlands and a director of Big Society Capital in the UK. He was also a founder director and chair of the charity that publishes the journal Alliance and was a member of the advisory board of the Centre for Effective Philanthropy in the USA. He was formerly a trustee of several other charities including the National Foundation for Youth Music, the National Youth Orchestra of Great Britain and engage (the association of people working in gallery education). 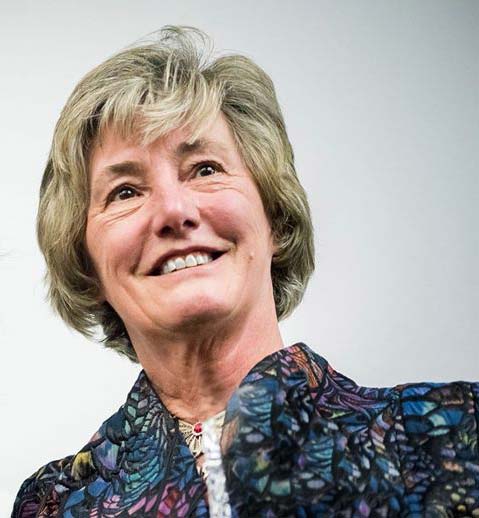 Sarah’s career for more than 35 years was as a commercial solicitor. She worked with a City firm, and had responsibility for cross border work with Italy. She has had non-executive board experience of a range of companies and as a charity trustee, including a 30 year involvement with INAS Italian Welfare, and as a lay member of various medical bodies, including as a lay member of the Steering Group of NCEPOD, the National Confidential Enquiry into Patient Outcomes and Death.

In 2004 Sarah began working with Della when Della won an Award to hold a Kurdish fashion show. She and Della worked together on other fashion shows and cultural events. This collaboration lead to the formation of Gulan. Sarah has travelled many times to the Kurdistan Region of Iraq, and explored its breath-taking countryside and historic sites, and enjoyed the welcome of its hospitable people. She has found this an enriching experience. Sarah has a home in Venice which facilitated Gulan’s funding bursaries for young Kurdish artists to spend time in Venice during the Art Biennale in 2013 and 2015. 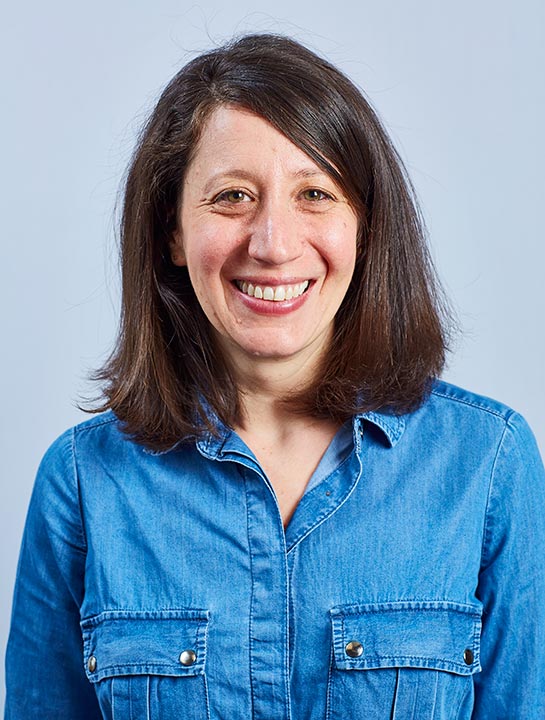 Since graduating from Edinburgh University with a degree in Social Anthropology in 2002, Carla has worked in the voluntary sector in London. In 2006, she received an MSc from Birkbeck College in Race and Ethnic Relations, focusing on issues of gender, ethnicity and identity. She worked for a number of years in the Jewish community as a youth worker, informal educator and adviser on recruiting and supporting volunteers. In 1999-2000 she spent a year in Nairobi, Kenya with VSO working with street children projects. Carla has worked at the Children’s Rights Alliance for England since 2005 working on a range of equality and human rights issues and is currently the Alliance’s Head of policy and public affairs. Carla served on the Board of the Jewish Council for Racial Equality for two years. 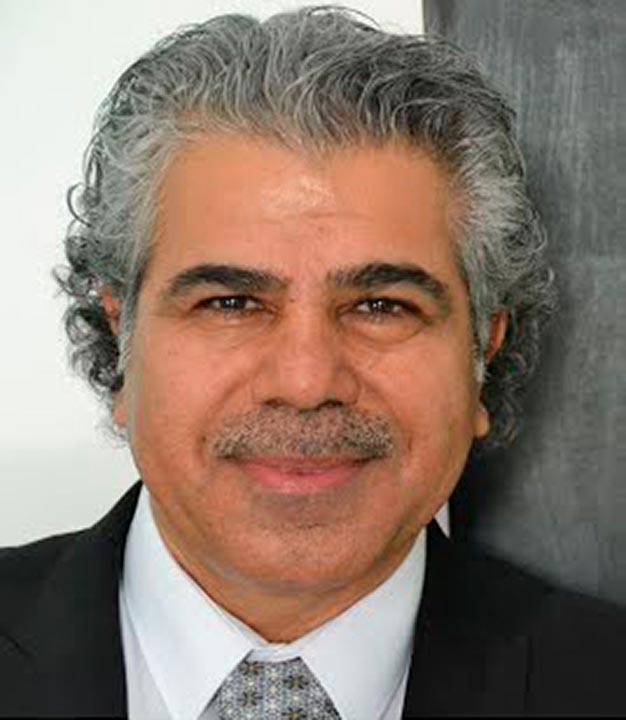 Rebwar Saed was born in 1962 in Suleymania in what is now the Kurdistan Region of Iraq. Following the Anfal campaigns, Rebwar came to Europe where he formed the ‘Shower of Birds’ Association which led to the formation of the Modern Art Museum / Contemporary Arts Museum in Suleymania, Kurdistan.

Rebwar studied for his BA and MA in Fine Art at Middlesex University, and obtained a Phd for his work analysing Kurdish Political and Cultural Identity from Middlesex in 2013. His research project is about his artistic practice in ceramics and his efforts to build the Modern Art Museum in Suleymania. His work is influenced by the political struggle in Kurdistan, and his time as an artist in exile until he returned to Kurdistan in 2004. 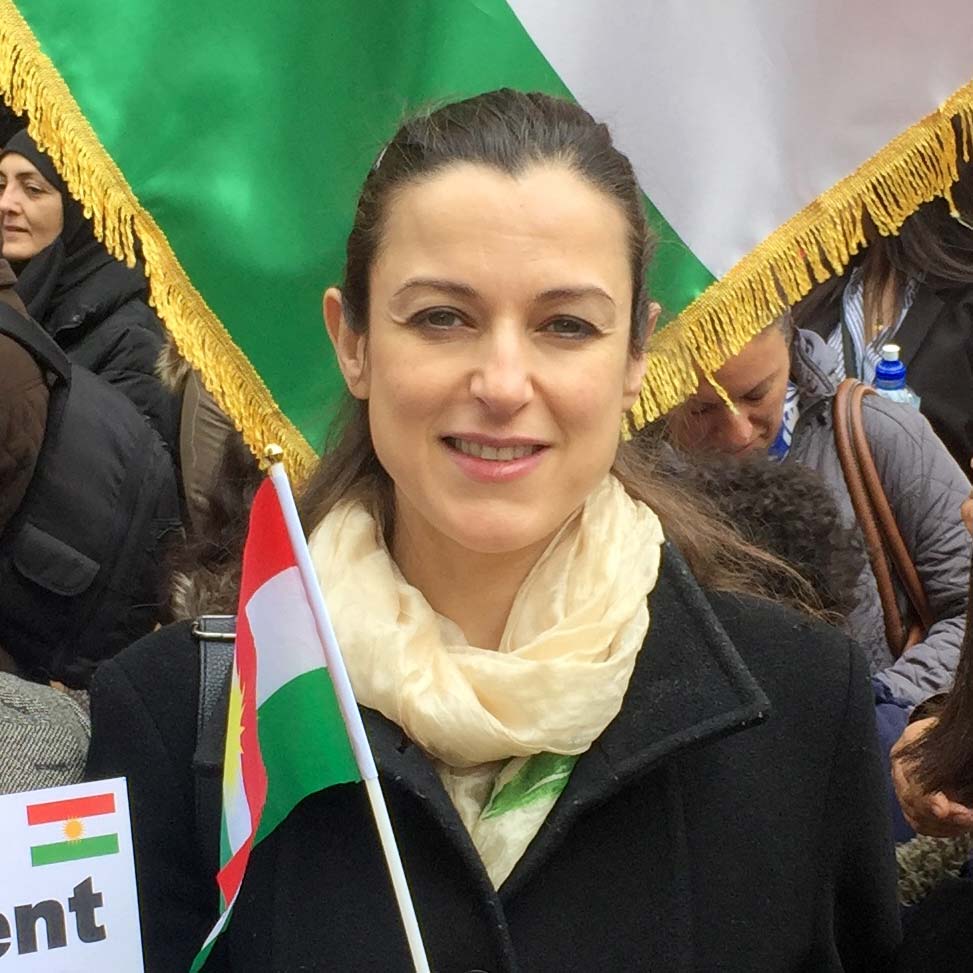 Vian has a background in government public relations and finance. She has a Masters in International Relations and Diplomacy from the School of Oriental and African Studies, University of London. Vian worked in finance in London and Tokyo for ten years, and subsequently was the Director of Communications at the Kurdistan Regional Government (KRG) Representation in London for six years. She lives in London and continues to work for the KRG on a freelance basis. 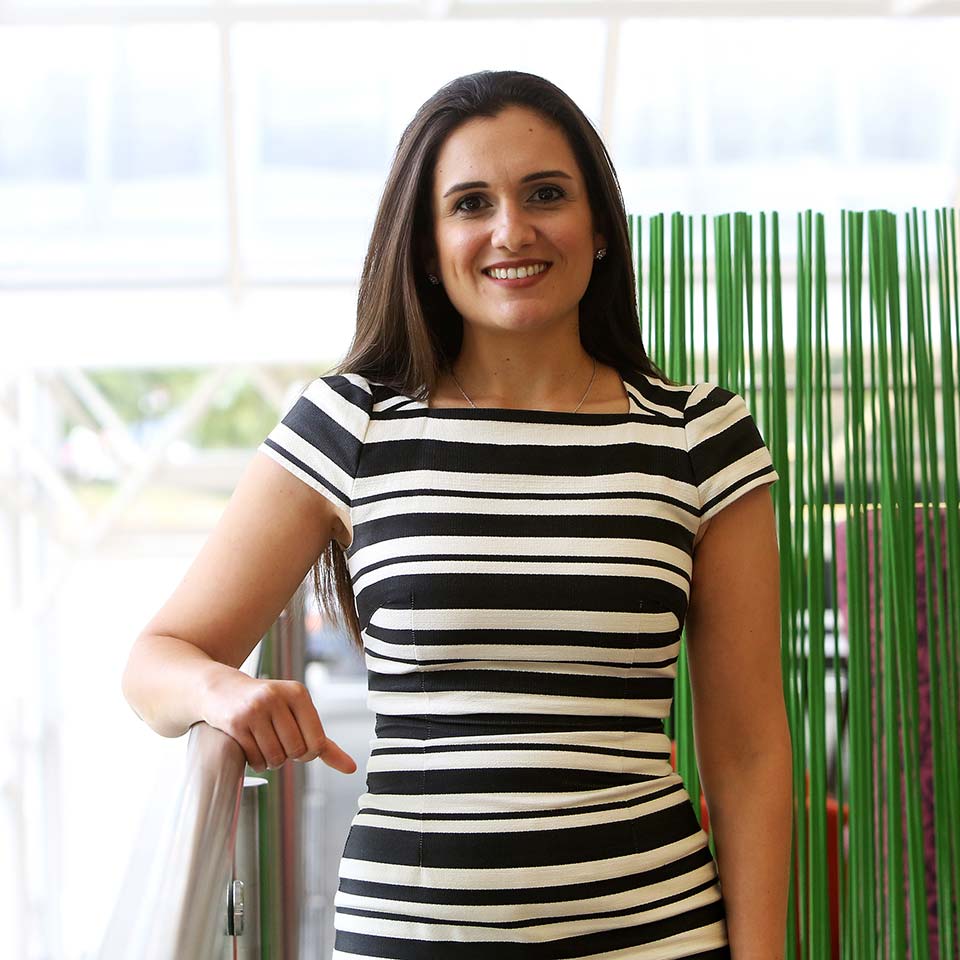 Tan was born in the Kurdish Region of Iraq and arrived in the UK when she was 12 years old. She studied Law at the University of Westminster and qualified as a solicitor in 2011. She is now a practising solicitor in the south coast of England. She had been a supporter of Gulan for many years before becoming a trustee in 2018. 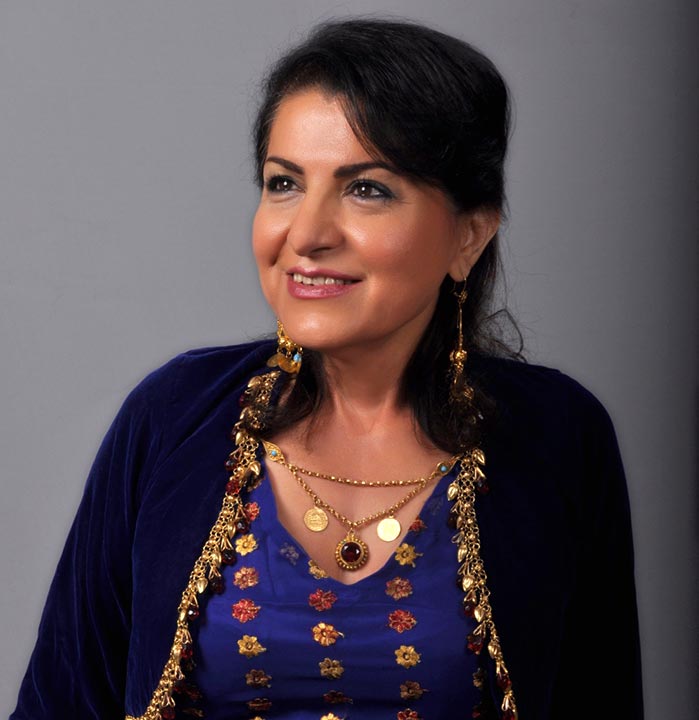 Della was born in the Kurdistan region of Iraq. She works as an image consultant, visual merchandiser and fashion designer in the UK. She has organised many fashion shows with the collaborations of museums such as the world famous V & A, the Museum of London and the British Museum, as well as runway shows in other countries including Netherlands, Germany, Dubai and Kurdistan. Her designs are improvisations on traditional Kurdish styles. Della was awarded the Millennium Award by then the Mayor of London Ken Livingston for her work and contributions to the British and Kurdish community in UK. In 2017, she was awarded The Most Successful Kurds in Britain Award in the category of Arts. She also promotes Kurdish food through her organisation, Della’s Kitchen.

In collaboration with Gulan and its Creative Director Richard Wilding, Della designed for the Kurdistan Regional Government the national badge for the remembrance of the victims of the Kurdish Genocide.  This was first used on 16th March 2013 at the 25th anniversary commemorations of the chemical weapons attack on Halabja. 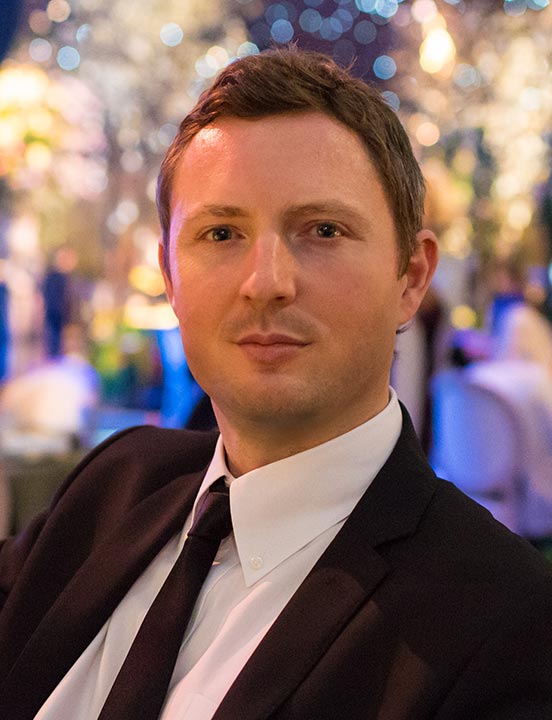 Richard Wilding is a London based filmmaker, photographer and exhibition curator specialising in the documentation of archaeology, cultural identity and costume in the Middle East. Richard has produced BAFTA award winning films and his books have won prestigious awards internationally. He is working on long-term projects in Iraqi Kurdistan, Egypt and Saudi Arabia.

Since 2012, Richard Wilding has been Creative Director of Gulan. He has travelled extensively through Iraqi Kurdistan, photographing its people and heritage. In October 2013, Richard was awarded an outreach grant by The British Institute for the Study of Iraq (Gertrude Bell Memorial) towards his photography of the Erbil citadel.

Richard’s connections with the Courtauld Institute of Art in London led to the discovery of photographs by Anthony Kersting in the Courtauld archives depicting life in 1940’s Kurdistan. These have been exhibited by Gulan at the Royal Geographical Society and the British Academy, London. 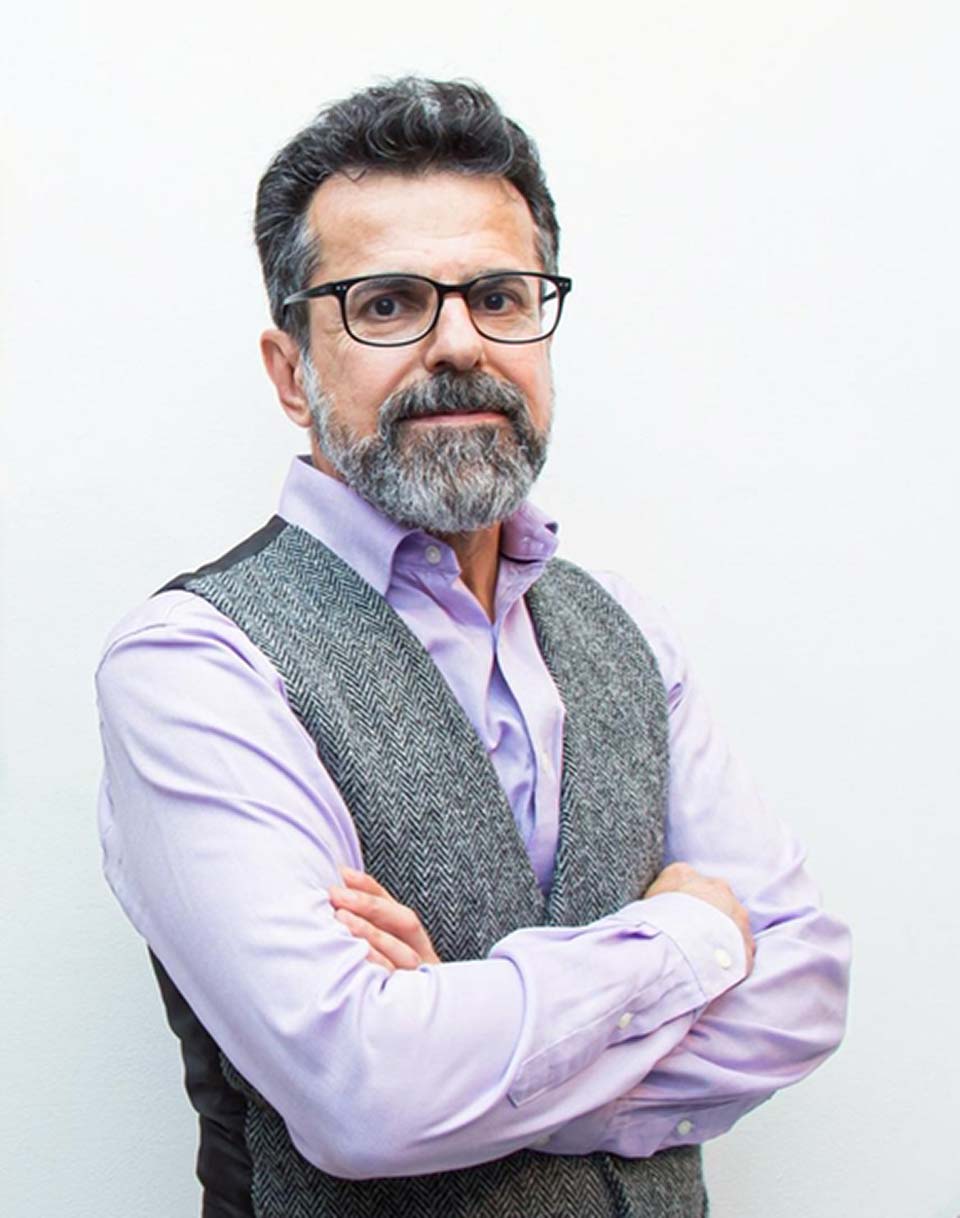 Mariwan Jalal was born in Kurdistan and moved to London in 2002. In 2014, he graduated from the London University of Arts with an MA in printmaking. He also holds a BA (Hons) in ceramics from the same university.

Jalal is a mixed media artist whose works reflect stories from daily life and mirror his Kurdish heritage. His artwork takes a critical view of social, political and cultural issues. Often referencing the history of his homeland, he explores the varying relationships between his artistic subject matter and the environment. His work reproduces familiar visual designs arranged into new, conceptually layered installations. 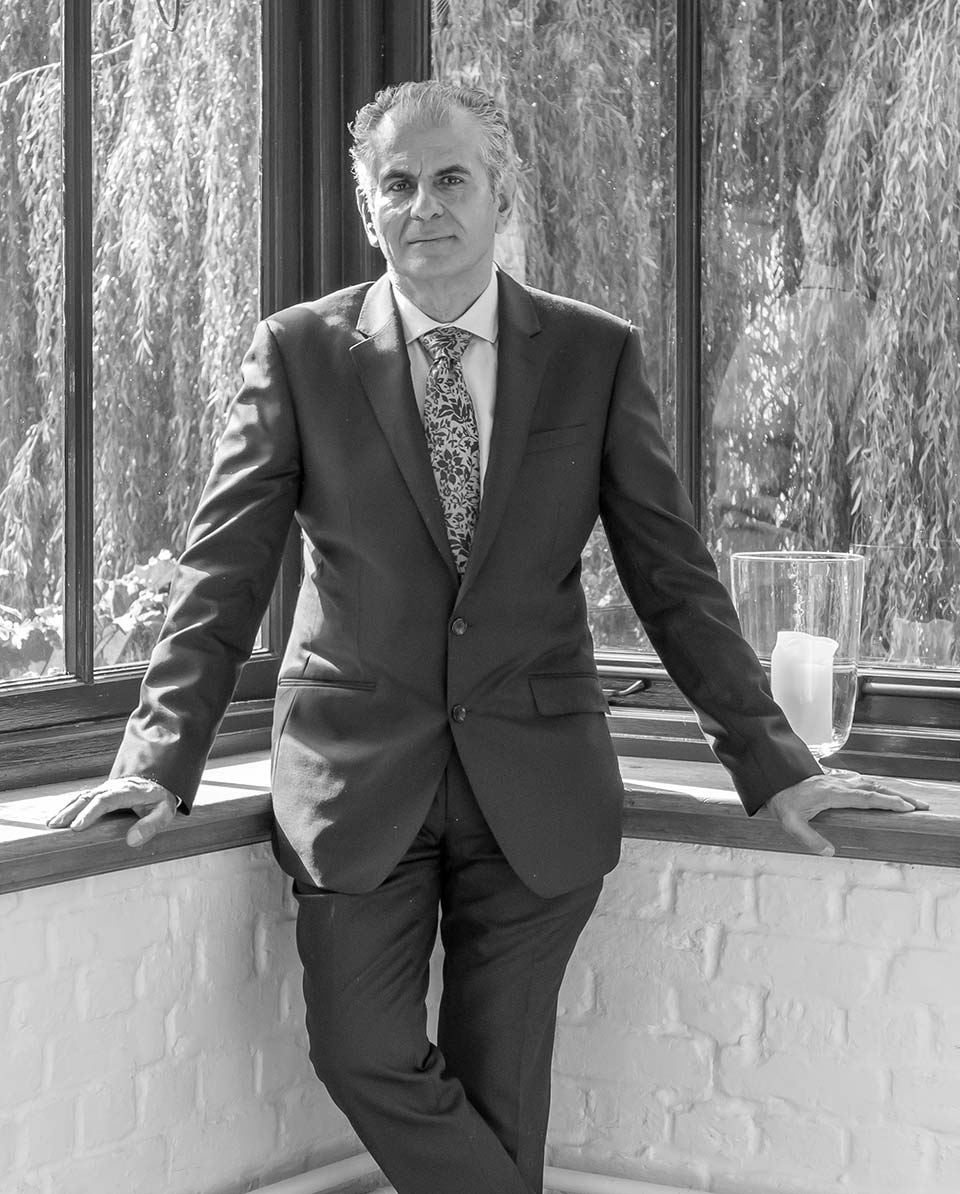 Dr Rebwar Fatah was born in Kurdistan but moved to live in exile in London in 1982. He has written numerous articles and has given many talks and interviews, in both Kurdish and English, on the socio-political situation of the Middle East. He speaks the main regional languages fluently.

Dr Fatah holds a MSc from the University of London and a PhD from University College London (UCL). Dr Fatah has been fascinated by poetry since he was a young man. He is passionate about language, peace, and free expression.

Dr Fatah is the author of: My poetry depicts you: An anthology of contemporary Kurdish poetry and Souls of the Street: The Art of Street Photography. Between 1992-1995, he also collected and published the newsletter of Hawkarani Kurdistan.